Witnessing the CfA Effect in Philadelphia

Yesterday in Philadelphia, at the offices of Azavea (a Philly-based geographic data and civic apps company), 7 Code for America fellows sponsored what was the last in a month-long series of workshops/gatherings/hackathons. 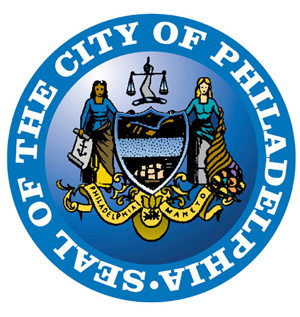 Yesterday’s event was promoted as a Data Camp – a one day sprint meant to identify useful sources of information about Philadelphia, and to build civic applications and mashups using that data. The idea was to have “demoable” projects by the end of the day.

I had the pleasure of attending this event yesterday, and was impressed by what I saw. I’m referring not only to the projects that were worked on (which were cool), or the excitement visible on the faces of everyone there – from independent hackers, to Azavea employees to city officials (there were several in attendance throughout the day). That was cool too.

What I was most impressed with was the ability of this event to highlight to those that were there what is truly possible when government data is open to and usable by developers. It provided an object lesson for all those there in the true potential of civic hacking.

I spoke with a number of people after the event, when the demos for all of the projects were complete, and the unanimous sentiment was – “Wow, all this got done in one day?”

The idea of releasing open government data has been gaining momentum in Philadelphia for a while now, principally under the auspices of the Digital Philadelphia initiative.

But yesterday’s event – in my opinion, as someone from outside of Philadelphia looking in – seemed to crystalize the benefits of releasing open data for many people there. They had already been supportive of releasing open government data in principle, and most had worked toward achieving this end. But to actually see apps getting built with open data really made the lightbulbs go off.

Having the Code for America fellows in Philadelphia, and having them essentially kick start civic coding using city data, has accelerated the awareness of what is possible. I think people would have achieved the awareness that was realized yesterday eventually, but the CfA fellows got people there sooner.

I call it “the CfA Effect.” It was pretty cool to see first hand.

Looking forward to more cool stuff from this gifted and dedicated group of young people.