Interesting piece in the New York Times this morning about the steps being taken by wireless carriers to prepare for the inauguration. The industry is expecting throngs of young, text messaging, picture sending, status updating supporters of Barack Obama to show up and use wireless services at unprecedented levels: 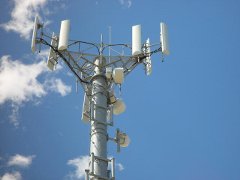 The largest cellphone carriers, fearful that a communicative citizenry will overwhelm their networks, have taken the unusual step of asking people to limit their phone calls and to delay sending photos. The carriers are also spending millions of dollars to temporarily and substantially upgrade their networks in Washington.

It will be interesting to see how their last minute efforts to shore up their networks in the Washington DC area hold up to the anticipated volume.